If you own a small office and want to know about the best network topology for small business offices then we have a cost-effective and efficient solution for you. In small business offices, computer networks are simply a great way to facilitate your employees for increasing their efficiency, productivity, and comfort.

To get the most out of it, you’ll need to configure the computer network layout (a.k.a. network topology) that best suits your working environment and official process especially if you’re running a small office. In this blog, post we’ll guide you about every aspect of network topologies that will assist you in choosing the best network topology for your small office. 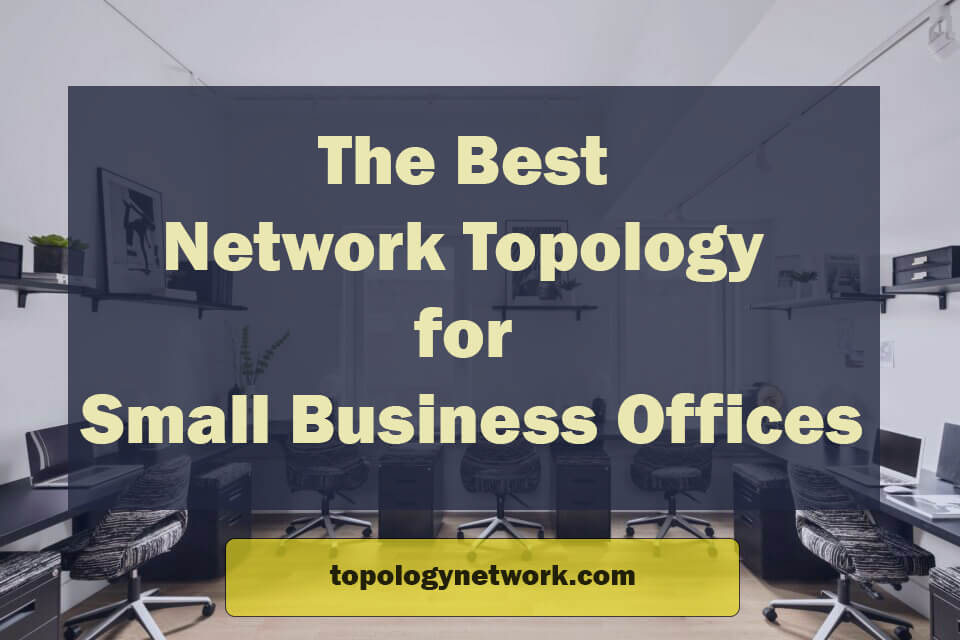 In this topic, I will cover the following topics:

As always, I will also keep beginners in my mind. This gives me the opportunity to offer the right solution in choosing the best network topology for small businesses and offices. So, if you’re building a computer network in your office for the very first time then it’s good, to begin with, a brief overview of basic types of network topologies. However, if you are already aware of these basics, you can skip this section right away and move to the next section. Let’s just start:

A bus topology is a type of network topology that consists of a physical electrical bus used to transmit signals between devices. The purpose of a bus topology is to connect all the components of a system, e.g. computers and peripherals, together. The connection is achieved by a shared medium, which allows data to be transmitted between multiple devices simultaneously. Bus topologies are often considered a good solution for short-distance networking and therefore are widely used in the area of computer networking.

Star topology is a special networking topology that was developed to solve the problems of conventional networking. In this topology, multiple nodes are connected to the hub. Each node connects to one hub and the hub connects to the internet. Here, each node is like a server, and each node has the same function. The only difference is that there is only one hub and multiple nodes.

In this topology, there is no specific hub. There are different nodes that are connected to each other in a specific pattern. Mesh topology is a kind of networking that is used to connect all the devices with each other. It has a different connection method when compared to other networking techniques.

“STAR” is the Best Network Topology for Small Office

Why star topology is the best topology for small computer networks at your offices?

There are six reasons behind the popularity of star topology being regarded as the best choice for offices. Let’s explore these reasons one by one:

Star topology is more secure than other topologies. If you have many devices connected to the Wi-Fi, it is easy for someone to hack the device. This is not the case with star topology. In this topology, every device has its own IP address, and you cannot identify any device.

With star topology, it is possible that you allow only a limited number of devices to connect to the internet. It is possible that the internet is available only in certain parts of the world. But if you are in rural areas, then you will be unable to get an internet connection. In this case, you will have to get a satellite connection, but it is expensive. So, you will have to spend lots of money to get an internet connection.

4. Suitable for all types of computer networks

When it comes to a star topology, you can’t assume that it is limited to small computer networks. In fact, you can use it even if you have a large office. This makes star topology extremely flexible and easy to expand.

In star topology, each device is linked to the central switch to a problem in one computer that doesn’t disturb the communication among other devices. Hence, it provides high fault tolerance and availability.

You can also learn how to create star topology in Cisco Packet Tracer in some quick steps.

Well, I have tried to be as precise and simple as I could in telling you about the best network topology for small business offices in this article. For your assistance, I have added links to other useful blog posts so that you can develop a complete understanding of the problem you’re facing. If you need me further, then please don’t hesitate in contacting me. I and my team are just a tap away. 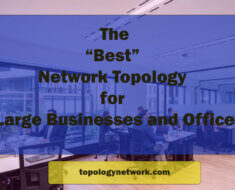 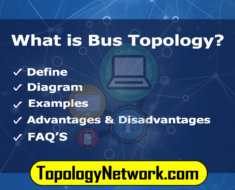